About 20 km from Ragusa stands the Castle of Donnafugata. It was built on the old structure of a thirteenth-century tower by the Senator of the Kingdom and Baron Corrado Arezzo in the nineteenth century. The baron enlarged the initial structure, which became a real aristocratic residence. In addition, the charming baron transformed the castle into one of the most important centers of the Umbertine age social life zone. The name Donnafugata derives from the Arabic "Ain-jafat" and means "Source of health". A legend tells, however, of a woman who prisoner in the Castle managed to escape. It would be Queen Bianca of Navarre who was locked up by the wicked Count Bernardo Cabrera, lord of the Modica County, in a room from which he managed to escape through the tunnels that led into the countryside surrounding the palace. Hence the dialect name "Ronnafugata", that is "Donna escaped". 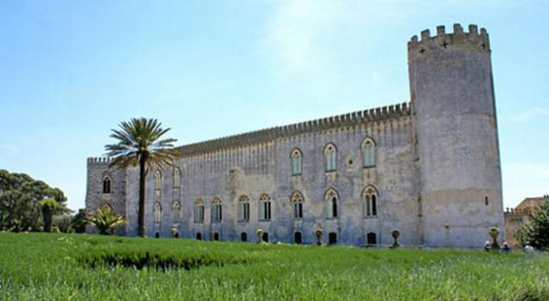 Skilled strategist, shrewd, cruel, powerful like no other on the island, Count Berardo Cabrera was feared even by the rulers of Palermo who did nothing to downsize his power. Entered the legend became the subject of a series of popular stories. It was said, for example, that it hid a treasure consisting of a whole goat of gold, which would have jumped out of the place where it was hidden after a complicated spell. It was also said that he had a bad end to all those who hindered him and especially to his enemies among whom there were the Chiaramonte and the Princess Bianca of Navarre. In fact it is documented that the princess never set foot in the Castle since in its time (XIV century) the building had not yet been built. The building occupies an area of about 2500 square meters and runs in about 122 rooms that deserve all to be visited if they were not closed to the public to be restored. 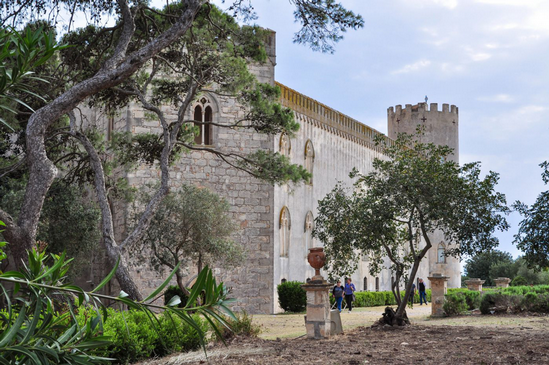 The entrance consists of a large country courtyard flanked by two rows of houses. Crossing it, it is possible to see the Gothic façade edged with blackbirds beneath which there is an elegant gallery with pairs of columns full of capitals. The facade is also characterized by Gothic style windows. In the part below the gallery you can admire eight double-pointed double windows that give onto a large terrace bordered by a balustrade crowned with eight vases. Two modest circular towers complete the perspective. The interior is absolutely fine and together with the entire architectural context has stimulated the imagination of many directors who have repeatedly transformed the castle into a film set. Among these we mention Luchino Visconti who has filmed "Il Gattopardo" here. 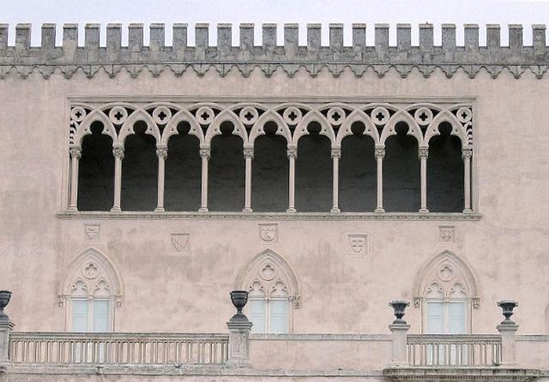 The main floor is accessed by a pitch stone staircase, decorated with neoclassical statues. This houses the Salone degli Stemmi with the walls of the symbols of the most powerful families of Sicily. Splendid frescoes are present in the Hall of Mirrors, in the Halls of Billiards and Music, and in the bedroom in which the Princess Bianca of Navarre would have been locked up, with a beautiful pitched stone and white limestone floor. Valuable decorations are also present in the Stanza delle Signore and in the Fumoir.

The park of the Castle is characterized by majestic ficus and exotic plants, statues, fountains, heraldic coats of arms, terracotta pots from Caltagirone, stone seats, artificial caves and the dome on whose ceiling is the firmament. The "Pirdituri" is beautiful, that is a labyrinth in stone and the neoclassical coffee house in which the nobles used to consume their refreshments. 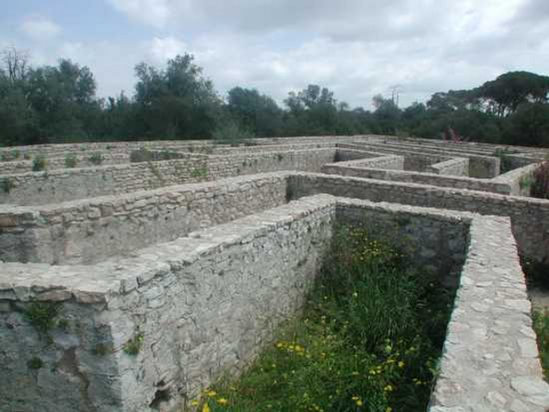